The Cover of the Rolling Stone

not a lefty in the whole bunch

photo by John Rennison (the Spectator)

at the Studio Theatre (photo by Rich Humber)

One thing I'll say about Mick Jagger. He's fascinating in the sense that he's one of the most total actors that I've ever seen. He has this remarkable quality of being absolutely able to be totally extroverted...and then revert into another person almost instantly...he's really an extraordinary actor. And that's exactly what he is because: (a) he can't sing; (b) he can't dance; (c) he doesn't know a damn thing about music. But he does know about coming on and being a great showman. And putting on a fantastic act, of which the vital element is energy. Don't you think? Tell me what you think. You think he can sing?
(quoted in Rolling Stone interviewed by Andy Warhol, 1973)

Me & the Devil Blues

and McMaster too! (photo by Ron Scheffler)

at the Studio Theatre (photo by Dave Avery)

this is a self portrait!

at Hamilton Place (photo by DEK)

The UFO Has Landed 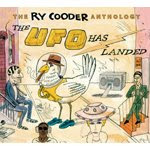 together at Hugh's Room (photo by Rich Humber)

and Dave's beer at the Slye Fox (photo by Rich Humber) 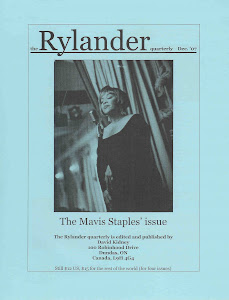 the life & music of Lenny Breau

a one year subscription to the paper edition of Rylander Quarterly is $12 US (North America) and $15 US (the rest of the world) contact me at kidneyd@gmail.com for details

Jacob Moon is a Hamilton-based singer-songwriter who has a fascination with old records.  Me too.  I started collecting records in 1963.  The Beatles Twist and Shout was the first album in the house. Turned out that our turntable (called the record player in those days) didn't even play 33 1/3 records. Nor 45s for that matter.  So for a week we had to wait, my brother and I, to hear The Beatles.  My Dad came home from work, and on the way he stopped at the radio fix-it shop where they had installed a new 4 speed record changer.  We never did figure out what kind of records played at 16rpm, but we certainly made good use of 33 and 45!  We played that Twist and Shout album over and over again.  My Dad played his Jimmie Rodgers and Merle Haggard records, my Mom Count Basie and Stan Kenton.  We heard, and appreciated it all.  We had a fascination with the music.  Still do.  And so does Jacob Moon. 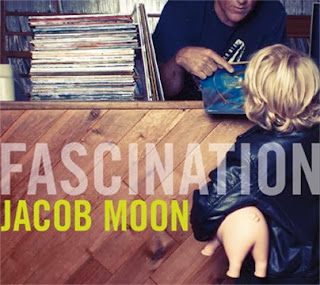 Of course Jacob's younger then me, so his Fascination starts a few years later than the Beatles.  On his new CD he decided to pay tribute to the records that he played when he was young, digging through the oeuvre of bands like Rush, Marillion and Yes to find songs that he loved and would love to play. Then he gathered up some like minded friends, got together in the studio and laid down the tracks.

On the first two tracks (Rush's "Limelight" and his own "Is That All You Got") Jacob pays homage to his favourite Canadian band by joining with the Dave Barrett Trio to provide a remarkable cover version of the Rush classic, and a powerful original which feels like it could be a prog-rock classic.  Jason Farrar's bass and Alexander Tukatsch's drums form a foundation for Dave Barrett's singular guitar solos and Moon's own solid guitar playing and flexible vocal cords.  Man, he can sing.  Later on Moon has included his now famous rendition of Rush's "Subdivisions" which brought him to the attention of Geddy, Alex & Neil who requested he play at their induction into the Canadian Songwriter's Hall of Fame!

There are two tracks from Marillion ("Kayleigh" and "Lavender") another of Moon's favourites.  He'll be joining them on a European tour in November.  He also does a version of "Owner of the Lonely Heart" a personal favourite of mine.  It's not from the classic Yes lineup, but a mid-80s reformation with Trevor Rabin.  Moon owns the tune!  He pretty much owns whatever he touches, whether it be Radiohead, Keane or Tom Waits.  His mellow rendition of "Pony" has been floating around YouTube for a while.

The generally solo guitarist/singer has brought in some quality support besides the Barrett Trio.  He is backed by drummers Rob 'Beatdown' Brown, David DeRenzo and Gord Stevenson; bassists George Koller and Mark McIntyre and vocalist Lisa Winn.  All the other sounds are produced by Jacob Moon himself.  He is a fine guitarist and is possessed of a superb voice which is perfect for these tunes.

The record cover shows photographs of the record shop where I buy most of my music these days.  And the cute little blonde fellow is one of Jacob's sons.  I was browsing through the racks at the shop the other day before I saw the cover photos and I came across a couple Marillion LPs.  I asked the owner, "Does Jacob Moon know you have these?"  to which he replied, "Yep!"  Little did I know that the photo session had taken place the night before.

All in all, this is a record which continues our fascination with the original recordings but adds to that Fascination by providing new grist for the mill, new ways to hear these songs.  Beautifully done Jacob, now all you listeners out there, get your orders in.  You won't want to miss this one! 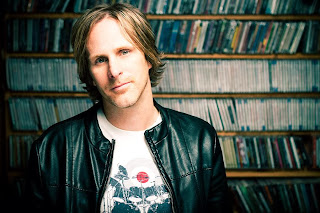 Great review. I agree completely. Moon rocks on Earth, and whatever he touches is gold. I hope this record helps his audience grow to where he can continue to support his craft comfortably.

Very nice review! Such a sweet coincidence you visit the same record store :)